Unit Seven at Hands Up! Festival

Rock Industry attended the first half of Hands Up! Festival in Glasgow this weekend courtesy of MacKenzie Promotions.

Opening acts are usually treated to an instinctive lean-back-and-cross-arms response, but Unit Seven surprised us all with a robust and energetic sound complimented by a steady, calm confidence. The camera intended for other acts was quickly turned on, and we got some gold here:

I managed to get a quick word with the guys in before the next band drowned out any conversation, too:

Care to introduce yourself to Rock Industry?

How did you get together?

Ben: The band formed in 2010 with Dave and Craig and two former members. I was brought in as their new drummer in 2011 and in 2012 we became a 5 piece, bringing in a new bass player and also adding a rhythm guitarist.
Since last month we’re back to being a 4 piece again for a family related matter.
This seems like a of line up changes, but it takes time to find the perfect mix of people that are on the same wavelength as you musically and have the correct mind set to achieve the goals you create for your band.

How long have you guys been going?

So who does the songwriting?

Craig: David does the lyrics. I tend to write the music… at least, I start out the main part of the song, but everyone collaborates and adds stuff, which is cool.

Anything new on the horizon?

David: We’ve got an album coming early next year, keeping the title under wraps for now. We’re really excited about it; it’s a concept album, it was a dream to write and a lot easier to write because of the concept. Hopefully it’s gonna go well.

Ben: It all came about one day at rehearsals where it was a slow day of writing plus we had a show we had to prepare for. Dave said what has since then became the title of the new album passively and we all sort looked at each other than knew that’s what it should be called.
I will say that the tracks are various mini-themes based around a core main theme, and so far we’re almost done with the writing of it.
As for sources, we’ve individually been looking at different styles of music, certainly much different to what you would expect from us (Hans Zimmer is one composer we’ve been taking inspiration from for example).
It sounds very complicated but it’s actually been a much easier and more fun experience as a band instead of our usual way of writing!

David: Well, Craig once took a dump on the bonnet of a Mercedes… I don’t think we were on tour though.

We’ll keep an eye out for the mystery album and give it a review shortly after.

And here’s some pics for the photophiles in the audience. 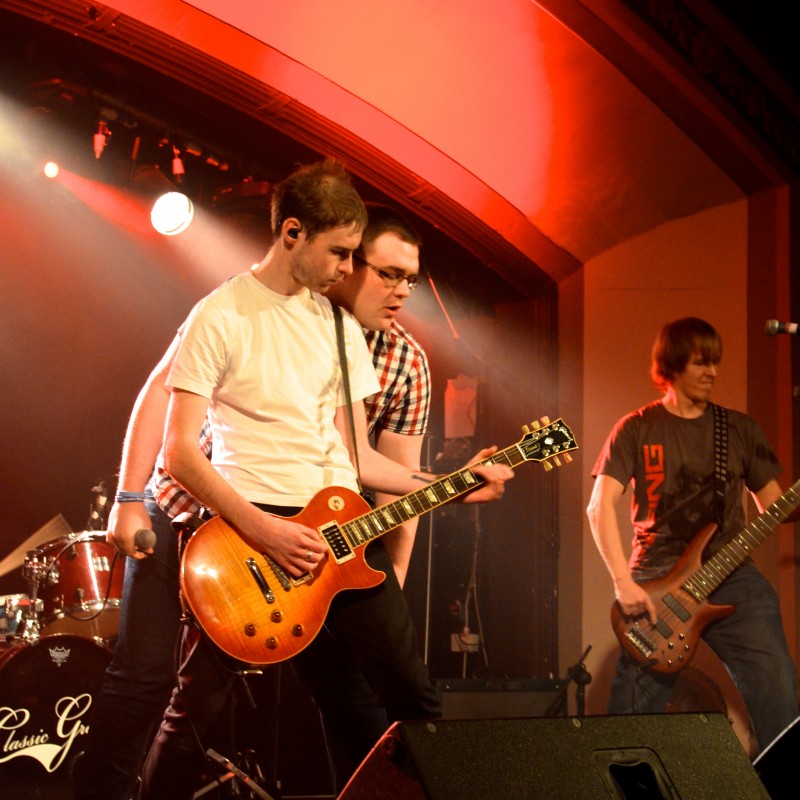 Thats not my mic behind you. 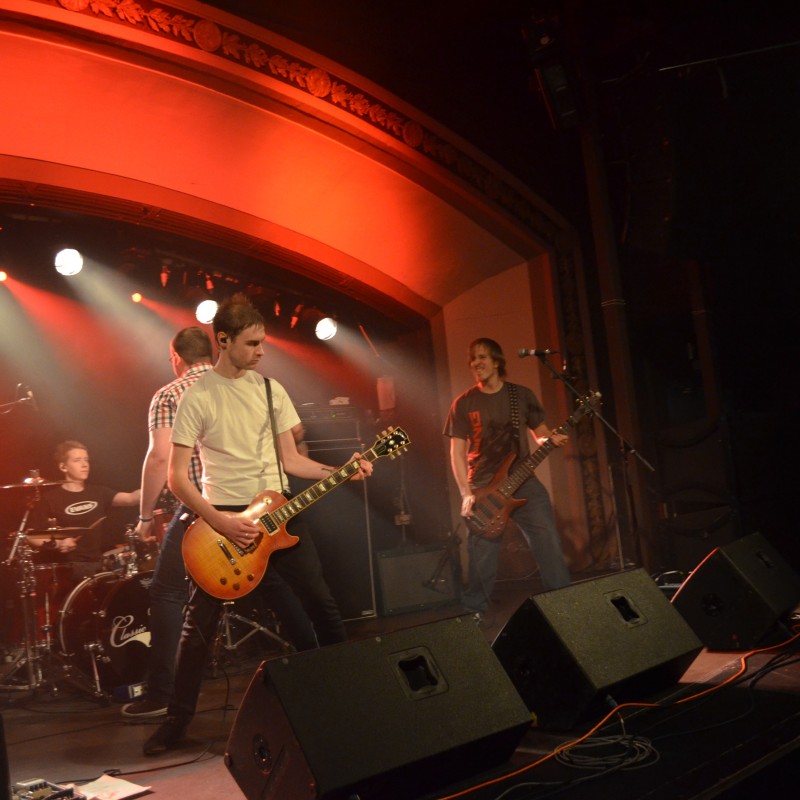 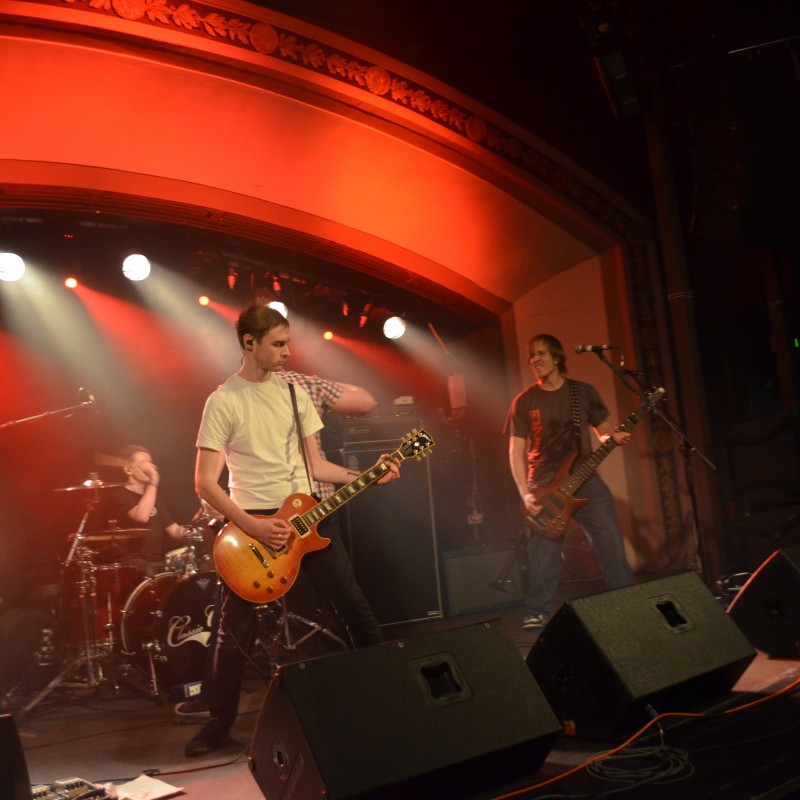 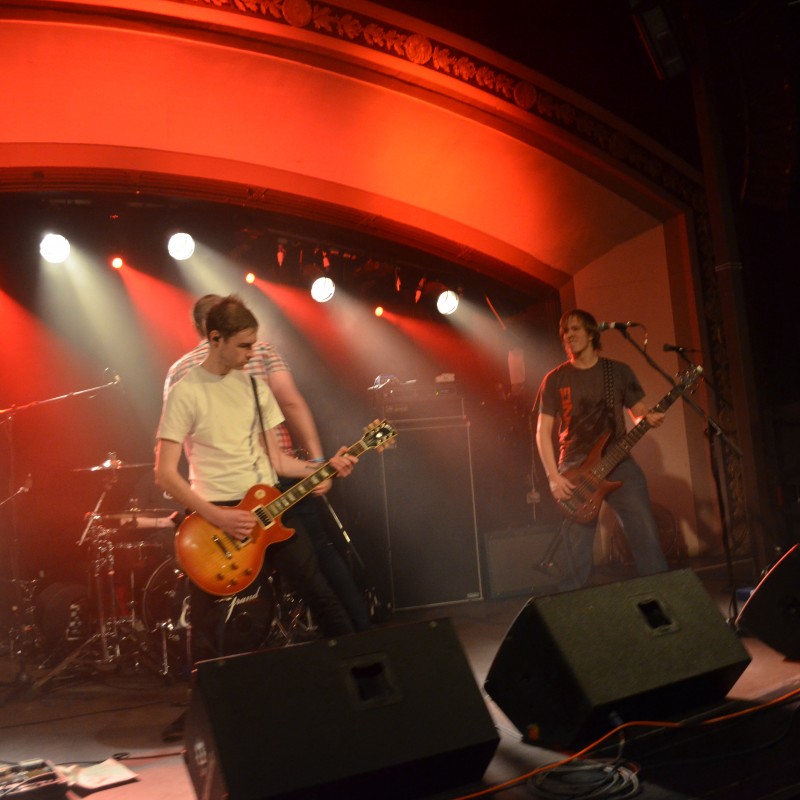 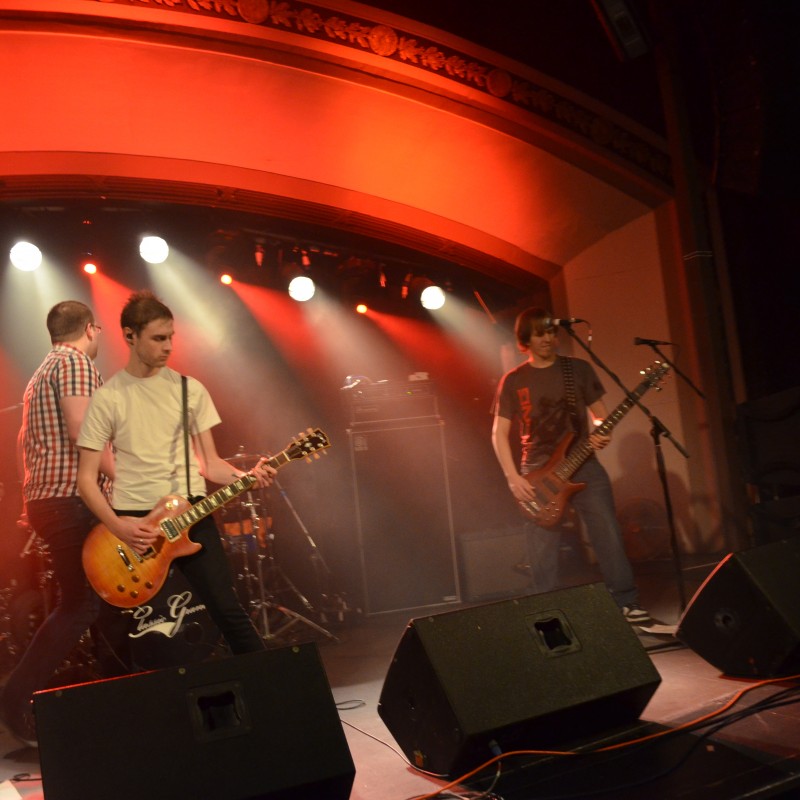 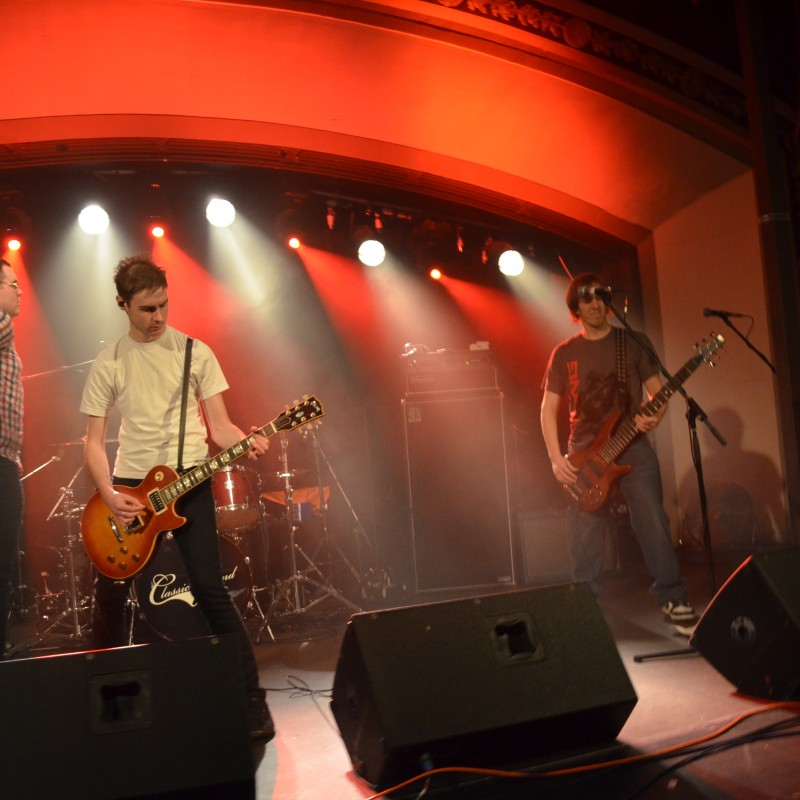 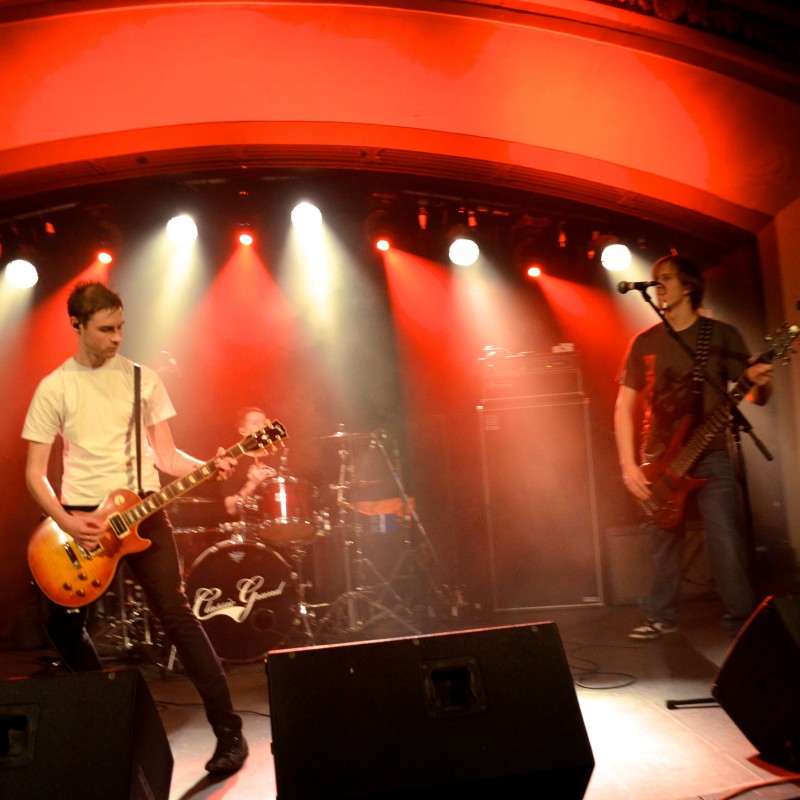 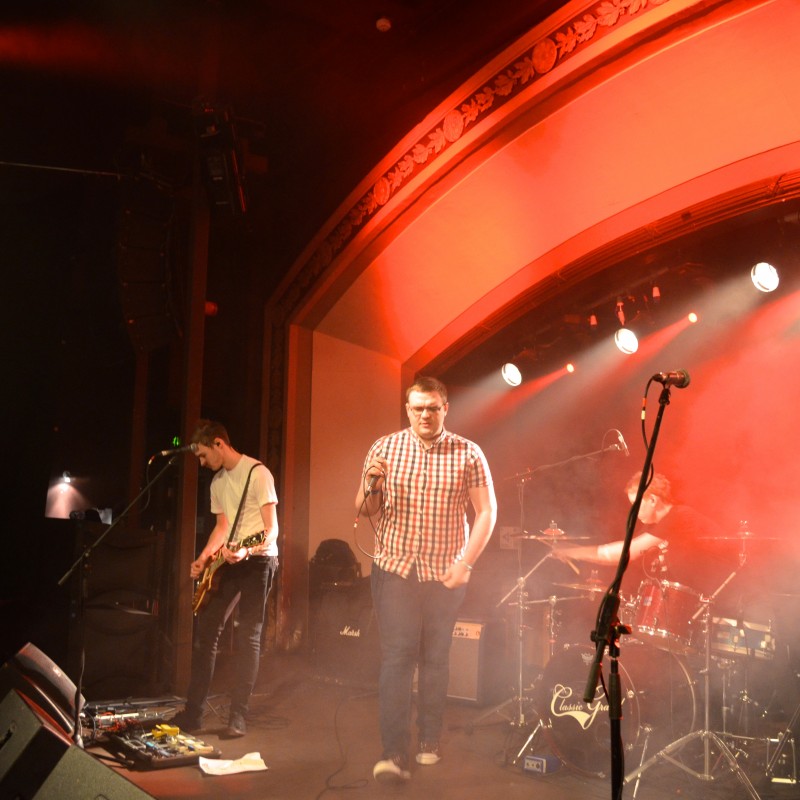 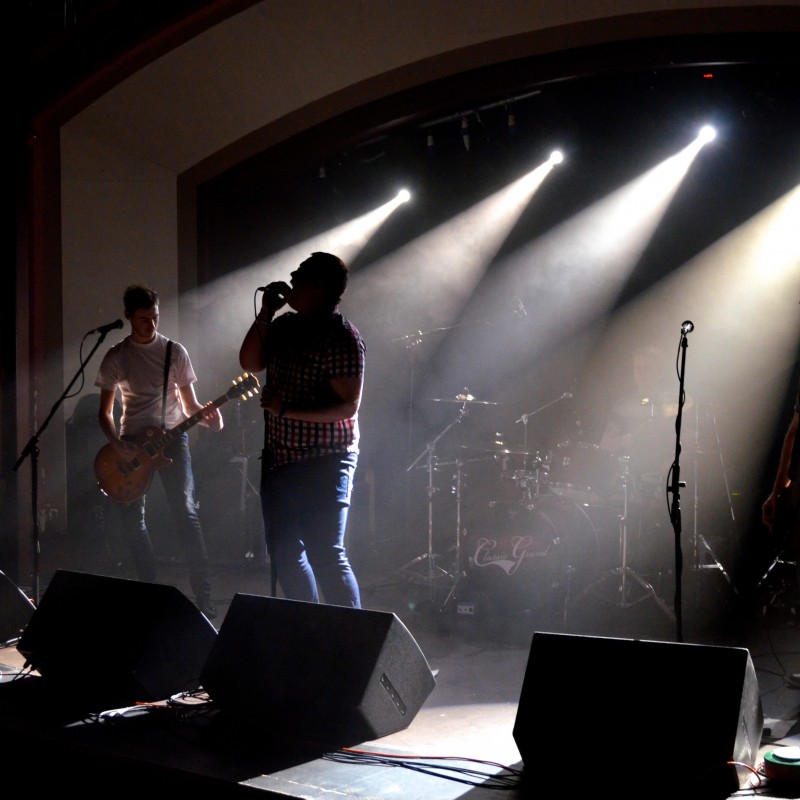