50 of a total 200 bands playing this years Camden Rocks festival have been announced today. The annual one day event will be held on Saturday 31st May and will be spread out across 20 different venues within the Alternative Capital of England, Camden Town.

Camden Rocks is well respected for being an event that helps to promote fresh and upcoming bands, along with some already well established names, and this year is no exception. Check out the current line up of bands and venues on the official poster after the jump, and bear in mind – there’s still a hefty 150 bands left to be announced. Tickets can be purchased here for a mere £20. 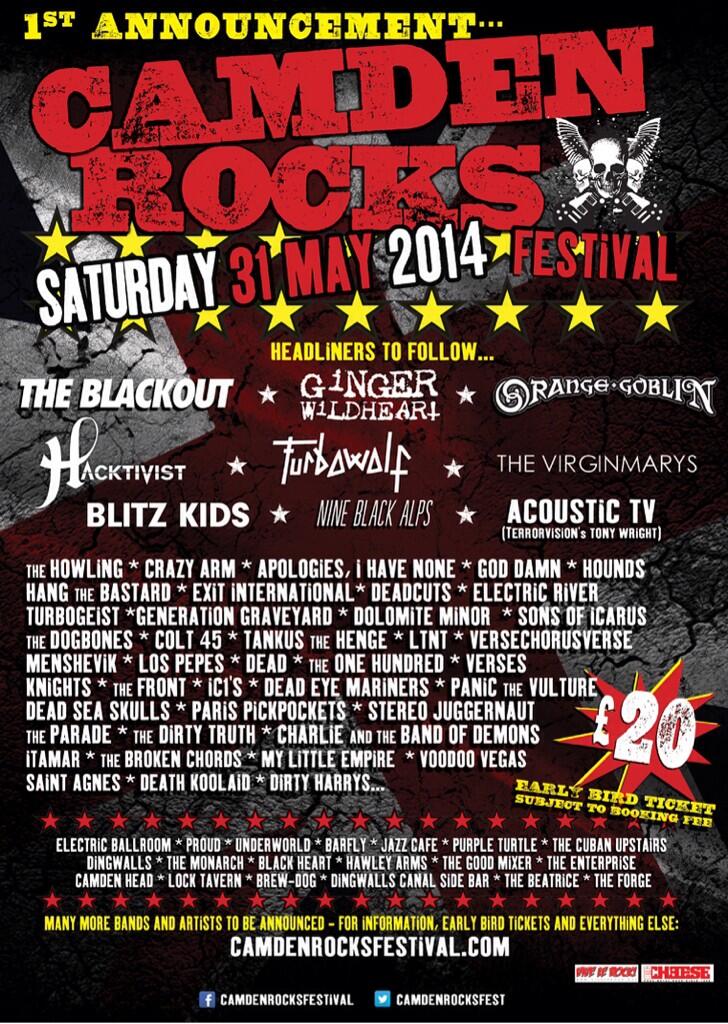